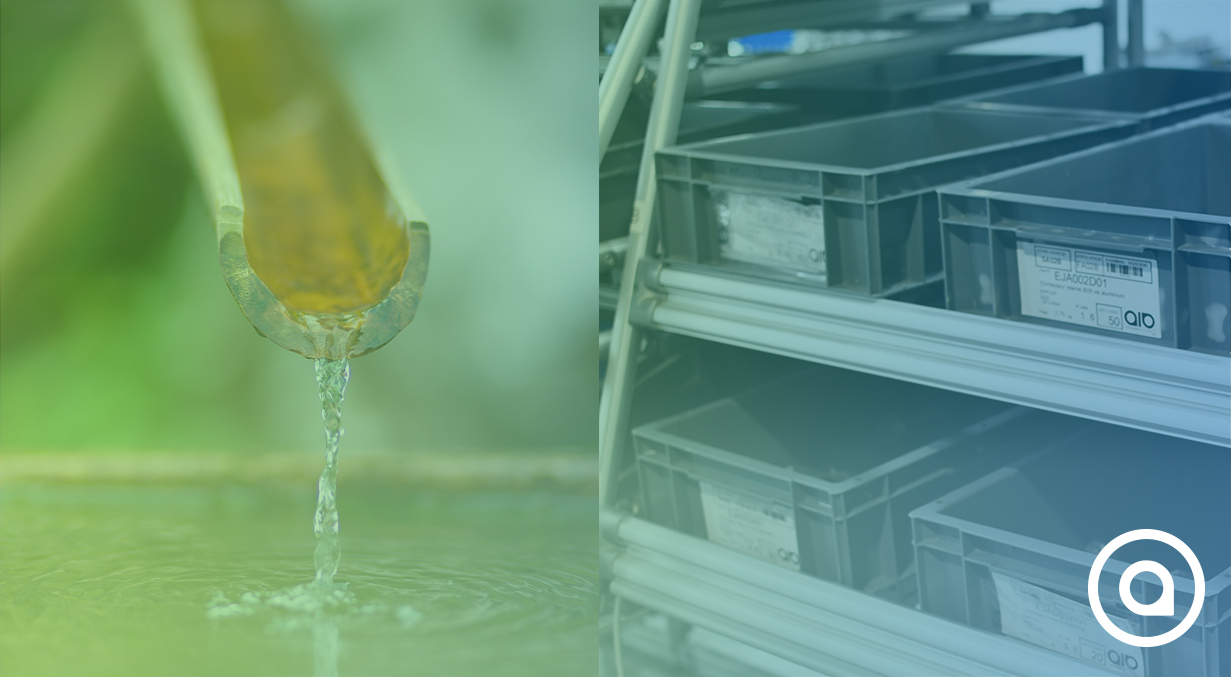 by AIO
in Industrial applications, Learning about Karakuri, News
Comments

Inspired by traditional Japanese gardens, the Shishi Odoshi mechanism by AIO allows you to smooth out your supply chain. Decrease stops and stay zen!

You should get a Shishi Odoshi!

Is your current production flow slowing you down? Are you accumulating sizable problems and other unintended shutdowns? Try a Shishi Odoshi! This Karakuri Kaizen® fits with existing AGV loops. It’s the association between a fixed AGV station and equipment assembled onto an AGV. It saves a lot of time on logistic loops, because it reduces stopping time at stations, the transfer downtime it takes to pick up or set down trays or boxes.

This device allows your logistics loops to be more fluid and reduces the global run times of the whole loop. A classic loop that takes 30 seconds to be completed can take 20 seconds with this solution. That’s an over 30% gain! How is that possible?

It’s through eliminating the downtime at loading and unloading periods during the loop. Those stops, which are incredibly time-consuming, are removed by using a unique AGV station, designed like a tunnel. The AGV passes through said tunnel. This unloads the tray or box onto a slope at the entrance, without stopping the AGV. When the AGV exits the tunnel station, it loads the tray or box with another slope, without stopping for a moment. So, this way, there is no downtime because the AGV moves continuously. Henceforth, the entire loop becomes independent of the AGV’s stopping tendencies.

Identifying problems on logistic loops becomes much easier with Shishi Odoshi. Thanks to its continuous operation mode, each stop is a problem and can be immediately identified. With a classic operational mode, that operates with a stop at each AGV station, problem identification isn’t so easy to define. A stop could be normal, and operators couldn’t undeniably know that there’s an issue. A Shishi Odoshi station, on the contrary, makes each issue immediately apparent. Each stop becomes abnormal.

Such as all of our equipment, this one is adaptable to all logistic loops, whatever the container.

Currently, all types of AGV have a certain level of tolerance for stopping and breaking precision. This can generate offset or lag, and then trouble for the loading and unloading transfers. This offset also causes unnecessary handling to correct the AGV’s loop. In order to have an uninterrupted system, this lag problem needs to be addressed. In fact, the lag generated by an AGV’s pauses in a classic solution is simply not generated by the Shishi Odoshi system, thanks to its nonstop effect.

Watch the continuous operation mode in this AGV loop, made with a Shishi Odoshi. This Karakuri Kaizen® allows the removal of all AGV stops, during the loading and unloading of boxes and trays.